The above sign I have passed many times on the main road between Glasgow and Perth whilst heading to the north of Scotland. Each time I wonder if this is a window to a new dimension. Space and time merge on approaching. I have bored my wife at my childlike (she would say childish) enthusiasm each time we pass. My reaction is no longer funny.

For sure if it was 9pm and I was driving at 8 miles per hour it would indeed be 10pm in 8 miles. Any other time of day and it’s a bit more complicated. Maybe at 8pm it means 2 hours driving at 4mph. These speeds are very slow for a car so more realistically at 9:50pm it would be 10pm in 8 miles if driven at 48 mph. On the other hand it could be the sign is a cue to check the time and adjust your speed accordingly. Indeed reaching 10pm in 8 miles is possible at any time of day but requires great care to drive at the right speed.

On the other hand am not sure speed is what is signified. ‘8 miles until 10pm’ seems to be saying that whatever speed travelled 8 miles will bring you to 10pm. 8 miles in any direction and at whatever speed brings you to a fixed point in time, 10pm! Yes this sounds rather fanciful. Yet some of the things that particle and quantum physicists theorise about our universe are even odder.

Maybe there is something special about the time itself. For most 10pm is the end of day and rest beckons. Perhaps the sign is a challenge to reflect on the day past or prepare for day’s end. Experiences, things done or not done. Regretted or relished. It’s time to put to bed both literally and figuratively.

Context means a lot. The accompanying petrol pump sign on the notice gives it a more mundane, yet important, meaning. Still I’d rather hope that the roads dept. wish to fire up our imagination. I can choose to dwell on the depressing realities of the news that is often the backdrop to our world. It is also possible to believe in a magical, transformative world. Yet most of the time I do not have eyes to see. To complete a car journey it is necessary to have enough fuel in the tank or sufficient charge in your batteries. Yet our longing is for life and journeys to have more meaning than just the utilitarian.

There is enduring interest in the works of fairy tale and fantasy writers such as CS Lewis and TR Tolkien. They show that adults have a need, like oxygen, for imagination. As much if not more so than children. People from every background and age have great affection for and are inspired by books and films like ‘The Lord of the Rings’ and ‘The Lion, the Witch and the Wardrobe’.

This humble road sign is an invitation to embark on an adventure. Like crew and passengers who choose to embark on some giant cruise ship. Everyone then makes individual choices of how to spend their time on board, living different lives. Yet all on board trust the captain will bring the vessel to safe harbour at evening’s end.

“When I was ten, I read fairy tales in secret and would have been ashamed if I had been found doing so. Now that I am fifty, I read them openly. When I became a man I put away childish things, including the fear of childishness and the desire to be very grown up.”

― C.S. Lewis, On Stories: And Other Essays on Literature 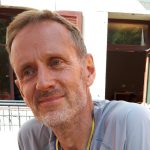